You are here: Home / Blog / Pollard – It’s the Right Decision 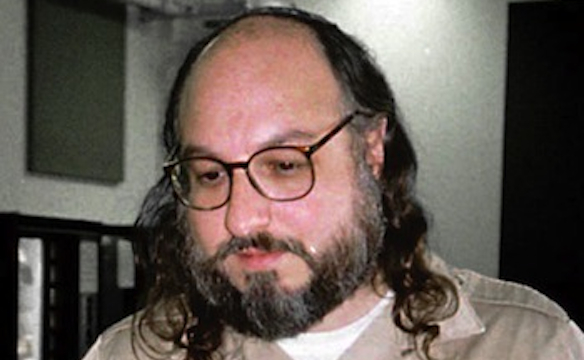 A few weeks ago when I picked up my copy of The Wall Street Journal (WSJ) my attention focused on the front-page headline “U.S. Plans to Free Israeli Spy.”

The article concerned former navy analyst, Jonathan “Jay” Pollard, who, along with his wife, Anne Henderson Pollard, was arrested by the FBI on November 17, 1985 on charges of spying for the Israelis. Since then, the now sixty year old and ailing, Pollard has been in federal custody and is currently lodged at the federal prison hospital at Butner, North Carolina.

The author of the piece, Devlin Barrett, reported that the Obama Administration was planning to release him in the hope of easing tensions with the Israeli government which have only worsened in the wake of the recently concluded US nuclear agreement with Iran.  There were no flat denials from the White House or Tel Aviv.  Obama spokesmen referred all inquiries to the Department of Justice while representatives for Israeli Prime Minister Benjamin Netanyahu declined comment.  (Since then Pollard has been granted his parole.)

As I read the story I was immediately hit by a flood of memories about the fateful weekend in November 1985 when Pollard was arrested.  I was the new supervisor of the counterintelligence squad in Baltimore, Maryland having been promoted just three months earlier.

Within days of taking on my new assignment I received word that a KGB colonel named Vitaliy Yurchenko had defected in Rome and was telling all to CIA and FBI officials in a rural Virginia safe house. One of his first revelations concerned a former National Security Agency (NSA) officer who walked into the Soviet embassy in Washington, DC carrying valuable information about US intelligence capabilities. My boss quickly formed a multi-agency task force and the hunt was on. By November we had identified the spy as Ronald William Pelton.

The Saturday that the Pollards as well as retired CIA officer, Larry Wu-Tai Chin were arrested for espionage we were in the final stages of preparation for an interview of Pelton. It was scheduled for the following day (Sunday) in a Hilton Hotel suite at Annapolis, Maryland.  Our plan was a simple one – invite Pelton to a meeting with two FBI agents to discuss his espionage in the hopes of extracting a confession.

So it goes without saying that all of us were stunned that Sunday morning when we learned of the Pollard and Chin arrests. We kept coming back to the same question – why would Pelton even think about sitting down with the FBI considering the fate of the Pollards and Chin just the day before.

We were lucky – he agreed to meet – he confessed – and by the end of the day he was under arrest – charged with espionage.  I can still recall taking him to the local commissioner for formal charging and then to Anne Arundel County, Maryland Detention Center.

So it is with that background still fresh in my mind after all these years that I offer some observations about the thirty year controversy that continues to swirl around Jonathan Pollard.

First, let’s dispose of the absurdity that Pollard “only” spied for an ally. The Espionage Act passed in 1917 and still in use today – is clear.

To harm the United States or aid the Foreign Power”

Nowhere in the statute will you find “except for allies.” Advocates of this idea are best hypocrites or at worst delusional. Mr. Pollard spent thirty years in prison because he met every element of the espionage statute and, furthermore, publicly acknowledged doing so before a federal judge.

Next let us address the so-called “harshness” of the prison sentence. While sentences for espionage have varied over the years Pollard’s life-sentence was not exceptional. John Walker, the former navy officer who died last year and spied for the Russians for almost twenty years, received the same sentence as Pollard. He too would have been eligible for parole this year.

His son, Michael, a sailor aboard the aircraft carrier Nimitz also supplied the Russians with intelligence which could have put his ship and shipmates in danger. His plea agreement resulted in a twenty-five year imprisonment. He is now free having spent eighteen years in custody.

Then there are the third and fourth members of the Walker ring. Arthur Walker, John’s brother, received a life-sentence for giving up fairly low-level information. He too would have been eligible for parole this year had he not died last year. And then there was John’s accomplice, Jerry Whitworth. His treachery was certainly equal to John’s. Yet he received a sentence of 365 years which means he will die in prison.

Looking deeper into the history of Cold War spying there was William Holden Bell and William Kampiles.

Bell, an engineer for the Hughes Aircraft Company, was recruited into spying by Marian Zacharski, a Polish intelligence officer posing as the president of Polamco, a Polish corporation based in California. Bell supplied Zaharski with state of the art technology on the TOW missile system and Low Probability of Intercept Radar. Both of which would have been crucial for the success of NATO troops against the Warsaw Pact in a possible World War III confrontation. Bell received only an eight year prison sentence in exchange for his cooperation in Zaharski’s prosecution. As for Zaharski, he received a life sentence only to be exchanged just a few years later in a prisoner swap with the Russians. (See: How Polish spy agency recruits Americans to steal US secrets)

For $3000.00, Kampilies gave the KGB the secret to America’s most important tool for monitoring Soviet compliance with nuclear weapons agreements. It was the operating manual for KH-11 Keyhole satellite complete with its strength and weaknesses. Despite the hundreds of millions of dollars the damage cost the American taxpayer and the advantage offered to the Russians, Campilies received a twenty-five prison sentence. He was released after fifteen years. Which brings us back to Ronald Pelton.

Just days before his inauguration in January 1981, President-Elect Ronald Reagan received a top-secret briefing from Stansfield Turner on intelligence operations then underway against the Soviet Union. One of the projects the out-going CIA director carefully described was Ivy Bells – a joint Navy/NSA collaboration involving American nuclear submarine penetration of Russian territory to maintain a tap on unencrypted telephone lines lying on the floor of the Sea of Okhotsk.

What none of the officials in the room that day knew nor would know for another four and a half years was that Mr. Pelton had divulged the details of Ivy Bells to the Russians a year earlier.  For President Reagan’s entire first-term American submariners routinely risked their lives and committed acts of war by violating Russian sovereignty with the Soviet Politburo fully aware of it all. Had the Russians miscalculated by sinking one of those submarines it could have provoked a nuclear confrontation. All thanks to Mr. Pelton’s treachery.

Following his conviction for espionage in 1986 Pelton was sentenced to a life prison term retroactive to his November 1985 arrest. He too is eligible for parole at the end of this year and will undoubtedly receive it.

It’s curious that everyone knows the name “Jonathan Pollard” but no one can really offer details about what he supplied the Israelis. But while no one remembers “Ronald Pelton” much has been revealed about the damaging secrets he supplied and the potential cost of these losses to the US.

Both men have spent almost half their lives behind bars. It is time that we move on as a nation and allow them to move into the final phase of their lives – from an “other-worldly existence” of the federal prison system where an inmate’s life is monitored and controlled from wake-up to lights-out; into another “other worldly existence” of freedom which they gave up three decades earlier.

And then there is a final note on Pollard. In this case I’m thinking of the poor overworked parole officer who will have to take over his case. In addition to the daily struggle with a case load of murderers, robbers and fraudsters he’ll now face the additional headache of coping with a political martyr and the Israeli government.

Solution: let the Israelis have him. He has been granted Israeli citizenship – they want him – let them take care of him.  He has no talents, no marketable job skills, no apparent income, and from all evidence, illnesses that will forever keep him a ward of the state whether US or Israeli. The media will quickly forget him and he will disappear into obscurity

For those of you who believe the Israeli option offers Pollard a paradise life I suggest you think again. I’ve spoken about the two “other-worldly existences” of prison followed by freedom. For Pollard, Israel means a third.

Pollard has never lived in Israel. It’s an alien land to him. And according to the International Institute of Strategic Studies Armed Conflict Database total fatalities due to armed conflict increased world-wide by a factor of roughly four between 2010 and 2014. The Middle East and North Africa accounted for more than 70% of the increase. (Italics added)

With all that Mr. Pollard is facing – remaining in prison may have been his best option.

Not Quite Another “Year of the Spy.”