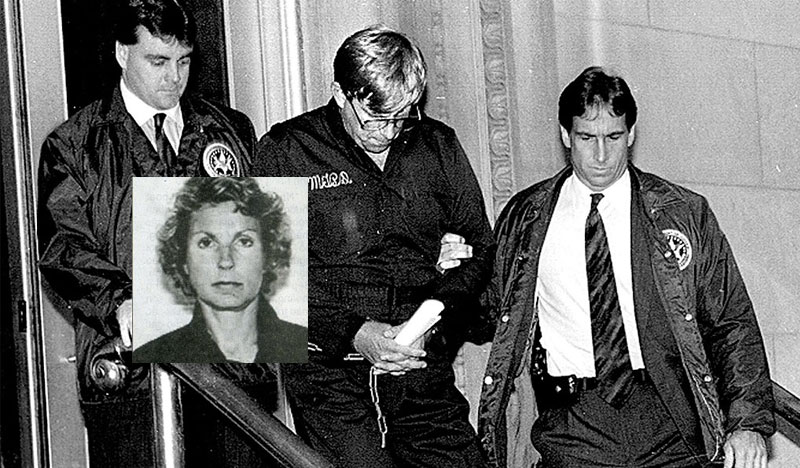 One morning the lives of two men tragically intersected leaving one of them dead four days later and the other facing a lifetime in prison.

The date was April 29, 1992. Sydney Reso was the victim. A fifty-seven-year-old father of five and a vice president for international affairs with the Exxon Oil Company, the Louisiana native had pulled out of his Morris Township, New Jersey home as usual at 7:30 stopping at the end of his driveway to pick-up his newspaper. A short time later a neighbor called the police when he spotted Reso’s car idling and the driver’s side door open.

Suspecting an abduction, investigators initially focused on eco-terrorists (still outraged over the Exxon Valdez disaster in Alaska just three years earlier) when a recording of Reso’s voice arrived along with notes demanding $18.5 million dollars and signed by the “Warriors of the Rainbow” echoing Greenpeace, the famed environmental group. The scheduled payoff failed, however, when the kidnappers were a no-show.

Weeks later the FBI received another letter and what followed was a scene out of a Hollywood movie with FBI surveillance teams scrambling from parking lots to shopping malls to telephone booths. Hard work in this case produced some luck when a surveillance team spotted a man in a phone booth removing a pair of latex gloves after completing a call. When the team got his vehicle tag number the end was in sight. After tracing the number to a Hackettstown, New Jersey rental company FBI agents patiently waited for the car’s return. When the red Oldsmobile Cutlass Ciera pulled in Newark Division agents quietly arrested the driver along with a woman who drove up moments later to meet him.

Charged with kidnapping, extortion and murder were Arthur Seale and his wife Irene, both forty -five. Rather than an eco-terrorist, Arthur was an unemployed ex Hillsdale, New Jersey police officer and Exxon security man facing a $750,000 debt in the wake of a failed interior design business.

Irene later testified that she had jogged past the Reso home for weeks recording the victim’s morning habits. After the abduction her husband shot Reso. The couple then stuffed him in a pine box hiding it in a metal storage facility, offering little food, water, or medical treatment for his bullet wound. Three days after the kidnapping, Reso died from heat exhaustion. The couple then dumped the body in New Jersey’s Bass River State Park where FBI agents found the remains buried in a shallow grave on June 28; just two months after the abduction.

Following a plea of guilty to kidnapping and murder, Seale received a 95-year federal prison sentence. Irene also pleaded guilty, and for her cooperation was sentenced to a twenty – year jail term.