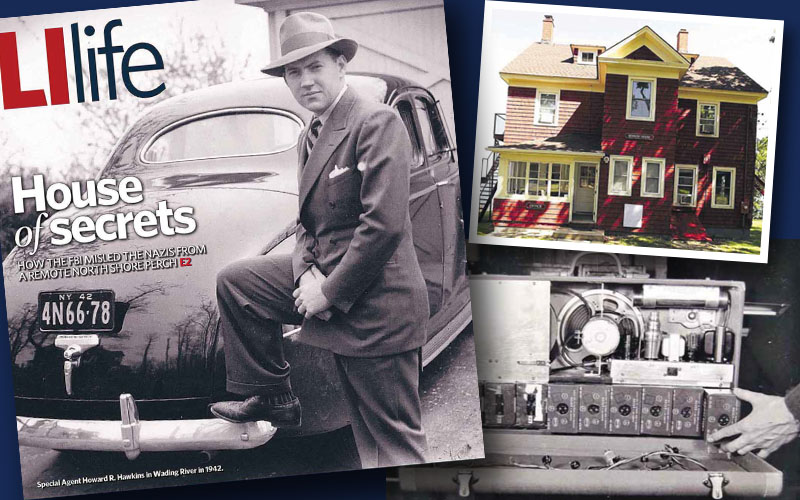 I was interviewed for an article in Newsday about the Long Island house where the FBI ran a spy operation:

The world was in a desperate battle with the Nazis when a German spy climbed to the third floor of a red-shingled home in Wading River to reveal the most closely guarded secret of World War II — the location of the coming invasion of Europe. The man, a dapper Argentine living in the United States, keyed out the information on a transmitter that told the Axis powers (Germany, Italy and Japan) where to repel the attempt and secure their victories on the continent.

There was one problem. The man was not a Nazi spy; he was a double agent. A German operative was not seated at the transmitter; the message was typed out by an FBI man posing as him. And the intelligence was not that the invasion would come at Pas de Calais or Normandy, as Adolf Hitler anticipated. It would come through Norway.

The Germans, masters of propaganda and deception, swallowed it all. “They were completely bamboozled,” said Raymond J. Batvinis, who relates the tale in his book “Hoover’s Secret War Against Axis Spies” (University Press of Kansas, 2014).

How a peaceful farmhouse perched on a bluff overlooking Long Island Sound became a top-secret operation is a story worthy of a movie (“The House on 92nd Street,” which came out in 1945, is partly based on it).