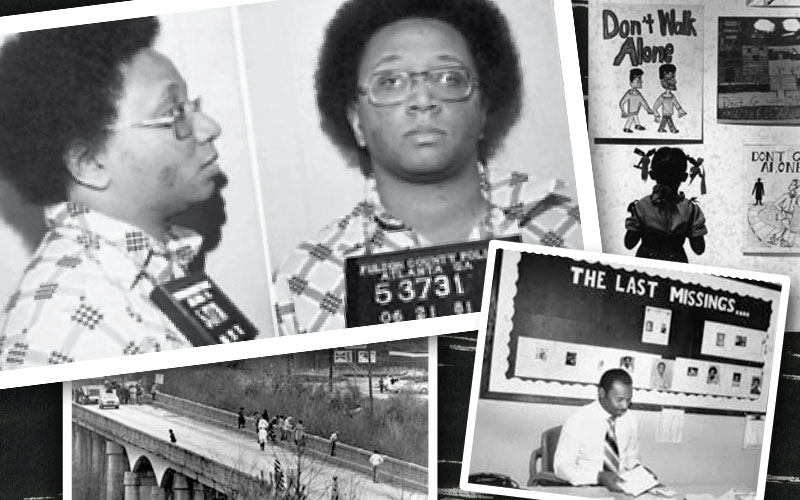 This article regarding the Wayne Williams, the Atlanta child killer, was written by my dear friend, Susan Lloyd (FBI 1979-2004). I hope you enjoy it. It appeared in the January/February 2019 FBI Grapevine published by the Society of Former Special Agents of the FBI.

When the first murder associated with the Atlanta Child Murders case occurred in July 1979, it made little impact on the news cycle of the bustling city known as the Hub of the South. By the time the body of the last victim was found in late May 1981, news about the case dominated not only local headlines but international headlines as well. Someone was killing Atlanta’s African American youth. . . .

. . . . The growing number of unsolved child murders prompted the Atlanta Police Department (APD) to form a task force in early summer 1980 with Agents from the Georgia Bureau of Investigation and detectives from other area police departments. In response to requests from city officials, Atlanta SAC John D. Glover offered whatever assistance the Bureau could provide, but stopped short of opening a federal case without a strong indication of a federal violation. Two FBI Special Agents were appointed to serve as liaison between the task force and the FBI’s Behavioral Science Unit, the FBI Laboratory and for out-of-state investigative leads. . . . .

. . . .Several pieces of evidence from the crime scenes were common denominators. Green nylon carpet fibers and dog hairs were found on many of the bodies that had been found on dry land. At some point, presumably in October 1980, information about the carpet fibers and dog hairs was “leaked” to the Atlanta Journal Constitution which wasted no time in publishing it. Soon the pattern of disposal changed, and bodies were instead dumped unceremoniously near or into either the Chattahoochee River or the South River.

On November 6, 1980, two days after the presidential election which Georgia native Jimmy Carter lost, Attorney General Benjamin Civiletti directed the FBI to open a preliminary investigation. At that point, four African American children were still missing. On November 17, the major case investigation known as “ATKID” was officially opened. The Bureau mandate was to conduct an independent investigation, while simultaneously assisting the local task force with manpower, guidance and technical assistance. First Office Special Agents in Atlanta were given an option to delay transfer to their second office assignment, and veteran Agents from eastern field offices, particularly those with homicide investigative backgrounds, were brought in on temporary duty to assist in the investigation. . . . (read the rest)