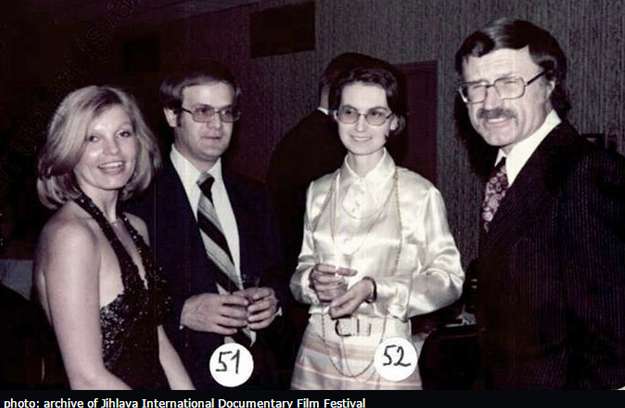 There is a new documentary film out on Karel Koecher, a KGB mole who worked in the CIA.

The spy who spoke on camera

(Radio Prague) One of the hottest tickets at this year’s Jihlava International Documentary Film Festival was main competition film RINO, a fascinating portrait of the only Communist mole known to have infiltrated the CIA: Czechoslovakia’s Karel Koecher. Director Jakub Wagner interviewed numerous former US agents and other officials for the film. But it is the charismatic and elusive Koecher who steals the show.

When Karel Koecher – who is today an extremely spry and forceful 81-year-old – agreed to be interviewed for RINO (the title referring to one of the mole’s many codenames), it surely made Jakub Wagner the envy of many other Czech documentary makers.

But producing the film was a very lengthy process (five years from start to finish), in part because it required considerable effort for Wagner to win over the largely reclusive Koecher, the director says.

“I established credit with him on the basis of my previous films, for the most part portraits. I guess I also won some credit for my great interest in his story, as well as my ability to get to grips analytically with his declassified secret police files, issued by the Institute for the Study of Totalitarian Regimes.

“In the end he suggested we address each other informally and in our own way we actually had a very friendly relationship.”

One of the challenges faced by Wagner and his team on RINO was that, wholly unsurprisingly, much is still unknown about Karel Koecher’s actions and will no doubt remain so. It is a murky, convoluted story.

What’s more, though RINO makes no claims to be gospel, the viewer is occasionally left uncertain as to which of the interviewees – many American and therefore naturally ill-disposed toward the protagonist – to trust.

But there is no denying the impressive number and quality of interviews with now retired “cold warriors” and other officials.

“We found those people with the help of the journalist and writer Vladimír Ševela. He wrote a book about Koecher and had most of the contacts. So we used him as a co-author of our film in looking for American interviewees.

“We really found a lot of people – at least those who remain alive and were willing to speak: former agents of the CIA and the FBI, people from the Justice Department and the lawyers who represent it.”

Some of the US talking heads in RINO are dismissive of Koecher’s significance as a mole. Wagner says it is hard to counter their assertions, given the dearth of information on his activities.

“They call him a second-rate spy. We can’t judge… it’s hard to create a league table of spies, though of course the first would of course be [Aldrich] Ames [who spied for Russia].

“We don’t know the nature of the information he leaked and we probably never will. It’s either in the former USSR or only known to the CIA or the FBI, who arrested and questioned him.

“The Americans say he was second-rate, but they also say it was a unique infiltration, so we can only speculate about what’s true. I personally don’t think he was such a second-right spy.”