You are here: Home / Blog / Spying on the Royals 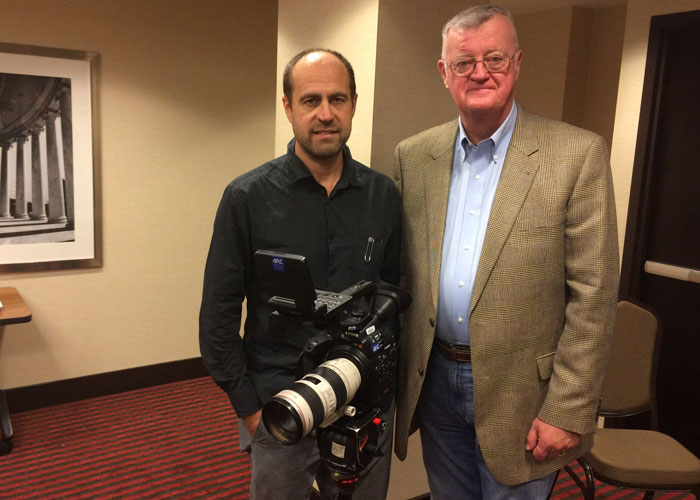 I was interviewed on a new British documentary called “Spying on the Royals” about a secret government plot to eavesdrop on Edward VIII. I’m shown above with editor Chris Roots during the filming of my segment.

Here is the trailer for the show: 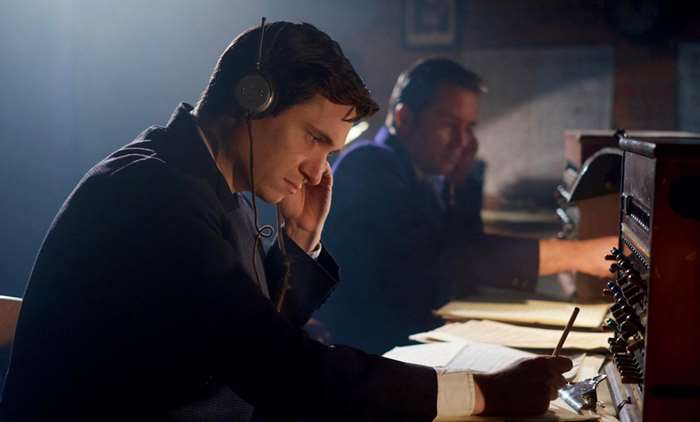 How MI5 spied on the KING: An explosive new documentary proves that Prime Minister Stanley Baldwin sanctioned the tapping of Edward VIII’s phone in 1936 (Daily Mail)

. . . . What makes this tale so astonishing is that Robertson was not a criminal or a chancer. He was one of MI5’s top spies, and the wiretapping of members of the Royal Family had been authorised by the Home Secretary.

Now the remarkable story of how the government of Stanley Baldwin spied on the House of Windsor during the tumultuous mid-1930s is being told in a Channel 4 documentary, Spying On The Royals. 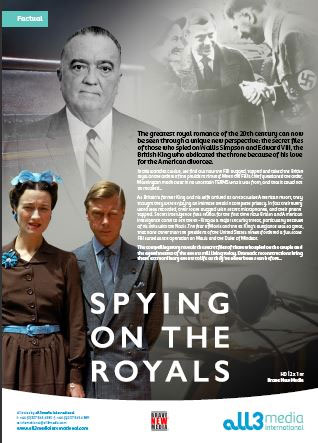 It draws on Cabinet Office documents only released in 2013 because they were deemed ‘too difficult’ to be seen, and research from two academics who specialise in the history of the British Intelligence Services: Dr Rory Cormac of Nottingham University, and Prof Richard Aldrich of the University of Warwick.

As Prof Aldrich says, ‘What’s remarkable is that for the past 20 or 30 years, the British government has been telling us it does not tap the communications of the Royal Family. But this episode shows this is not spies operating as rogue elements, this comes from the very centre of power.’

To understand why MI5 had sent one of its top agents to scuttle around Green Park we have to wind the clock back two years, when George V was still on the throne. In ill health, he was becoming concerned about Edward, whose appetite appeared to be only for women. . . .

. . . The government has always maintained that it doesn’t intercept royal communications (that’s for the News of the World). It did, however, in one of the most controversial surveillance operations in British history. No longer a state secret, Spying on the Royals (Channel 4, Sunday) tells the story.

Concerned that the Prince of Wales’ lifestyle didn’t sit well with his royal duties, prime minister Stanley Baldwin had him watched, with the blessing of his pal King George V, who suspected his son was being blackmailed. What they discovered was that Edward hung out with a thoroughly disreputable clique of partying toffs, the Made in Chelsea lot of the day, except back then it was Mayfair. He also sympathised with the far right, and was wrapped round the little finger of his girlfriend, a twice-divorced American with a murky past called Wallace Simpson. . . .

Spying on the Royals; Line of Duty (Times of London)

Rarely can a television documentary be accused of under-hyping itself. Last night’s Spying on the Royals, however, with its talk of its scrutinising a “secret dossier unlike any other in British history”, barely touched on the constitutional significance of what it revealed. When a country’s prime minister bugs its king, that country ceases to be a monarchy and turns into a modern state. . . .

NBC Video on the documentary: