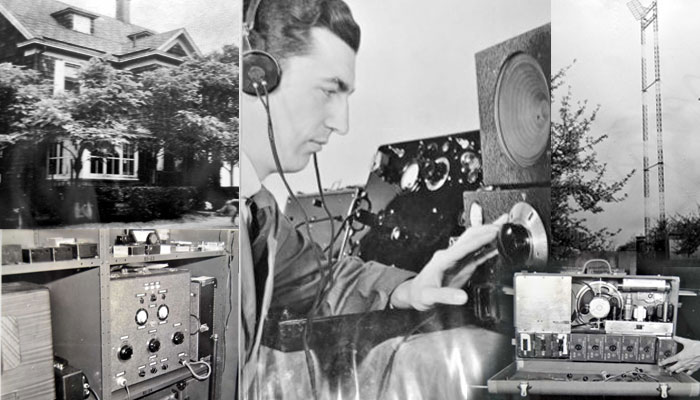 The pelting rain over Long Island on the morning of last August 4th was no match for the excitement everyone felt at the ceremony marking the inclusion of the “Benson House” on the National Register of Historic Places.

Officially referred to as the “Wading River Radio Station,” the Benson House now joins an elite group of sites around the country that the U.S. Department of the Interior’s National Park Service deems worthy of special protection and historic preservation. (See the July 2018 edition of the Grapevine for details.)

Everyone assembled just down the hill from the Benson House at St Luke’s Chapel, a lovely rustic structure with an imposing glass wall behind the altar that offers a spectacular view of Long Island Sound and Connecticut in the distance. The program was a joint celebration, actually, recognizing both the radio station’s contribution to the Allied victory in World War II, and the end of a week of camping activities at Camp DeWolfe by a group of youngsters.

Next, Councilwoman Jodi Giglio summarized the station’s role in the Allied deception campaign over the weeks and months leading up to the Normandy Invasion.

This writer followed with thoughts about the radio station’s influence on President Roosevelt’s decision to pursue development of the atomic bomb.

Episcopal Deacon Jason Moskal, also a Camp DeWolfe board member, closed the ceremony with spiritual reflections and a final prayer.

With the formal program finished, members of the Society’s Long Island chapter led by its president, Marty Finn, adjourned to the Benson House basement for one last look at the single remaining piece of evidence of the FBI’s presence there more than seven decades ago — that single block of cement.

It was a great morning. And an even greater testament to the FBI’s remarkable history. 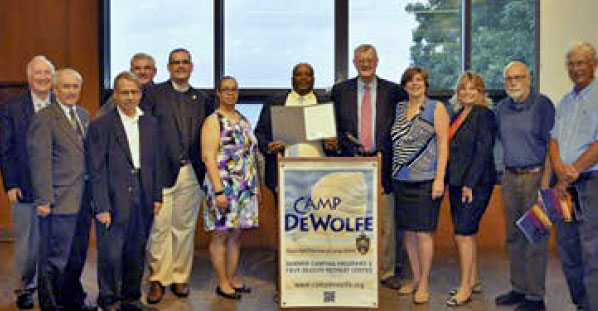 See the page about this event in the FBI Grapevine, Sept/Oct 2018