You are here: Home / Blog / Book Discussion on Double Agent 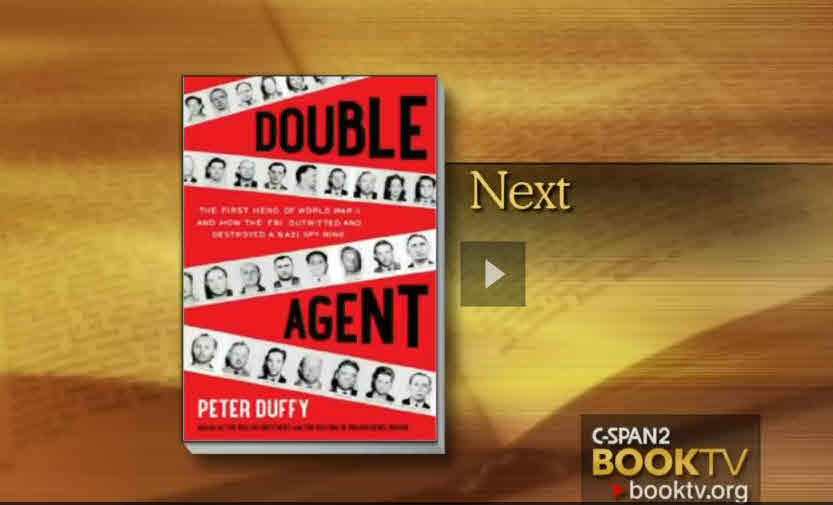 (CSPAN) Peter Duffy talked about his book, Double Agent: The First Hero of World War II and How the FBI Outwitted and Destroyed a Nazi Spy Ring, in which he recounts the life of William Sebold, the first double agent in FBI history, who infiltrated a ring of Nazi spies in New York City. In his book, the author reports that Sebold’s sixteen months of covert work resulted in the arrests of thirty-three spies in 1941. Peter Duffy spoke at the International Spy Museum in Washington, D.C. Watch video