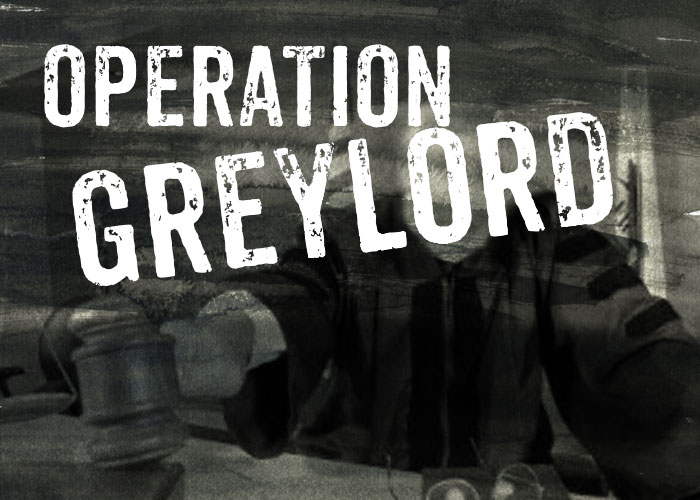 In accepting bribes to free the criminals committing these and many other crimes, the judges were in effect part of the crimes. Any crime could be fixed — from a traffic ticket to a mob hit.

For the FBI in the late 70s, the most shocking perversion of justice was the freeing of notorious Chicago LCN killer Harry Aleman.

On the night of September 27, 1972, union truck dispatcher William Logan was leaving home for work, when Aleman called out from the shadows, “Hey, Billy!” As Logan turned around, he was cut down by three shotgun blasts. A neighbor walking his dog saw the short, slender gunman heading for a car, and a woman talking on the phone glimpsed the man’s face through a window. She shuddered because he looked so much like Aleman, whom she remembered from her old neighborhood.

Aleman was charged with the murder, but a judge, who usually found everyone guilty in bench trials, found him not guilty, despite the eyewitness testimony.

The FBI had heard about the corruption in the Cook County court system for a long time.

In 1975, the Bureau was wiretapping a group of organized crime gamblers. While listening to the gamblers’ criminal conversations, the Agents overheard an attorney brag to the gamblers that if they were arrested for their gambling activities, they didn’t have to worry about a thing. He told them that he could pay bribes to Cook County judges to get them off. After the gambling investigation concluded, the Bureau approached the attorney and convinced him that it was in his best interest to cooperate, rather than be prosecuted. He then laid out his corrupt activities in bribing judges and became a Confidential Source (CS).

He agreed to wear a recorder, but as it turned out, he was never willing to wire up on a judge or lawyer. He always had an excuse as to why he couldn’t do it.

After the CS attorney did not fully cooperate, and after the Aleman murder fix, the FBI started thinking about an undercover case.

SSA Bob Farmer and Case Agent Randall Lamar Jordan worked with the United States Attorney’s Office (USAO) to draft the undercover proposal. FBIHQ approved it and in March 1980, UCA David Reis was transferred to Chicago from Detroit to work undercover as a criminal defense attorney. Ries, from North Central Illinois, went to law school at the University of Illinois and had an Illinois law license.

The DOJ instructed the USAO and the Chicago Division to notify public officials in the State of Illinois about the undercover case targeting the court system. The DOJ believed that the law required notification to protect the law licenses of Agent/attorneys and AUSAs because fake cases would be introduced into the system and undercover FBI Agent/attorneys would be suborning perjury in presenting testimony regarding these phony cases to judges. The USAO felt it could entrust the secret of this investigation, code-named Greylord, with the former U.S Attorney for the Northern District of Illinois, then governor, Jim Thompson.

After Thompson was notified, the FBI felt the State’s Attorney of Cook County, former Agent Bernard Carey, was trustworthy, because he had complained about many cases being fixed against his prosecutors, in particular Aleman.

When Carey was informed of the investigation, he mentioned that one of his prosecutors, Terry Hake, had recently complained about cases being fixed in the murder, rape and child molestation preliminary hearing courtroom.

Hake was a 28-year-old Assistant State’s Attorney, who had graduated from law school three years previously. From the moment he began his work as a prosecutor, he had heard rumors about criminal defense attorneys paying off judges and judges taking bribes. As Hake worked his way through the misdemeanor courts in Chicago, he started losing cases in front of judges, where the evidence was overwhelming in the State’s favor. . . . (read the rest)