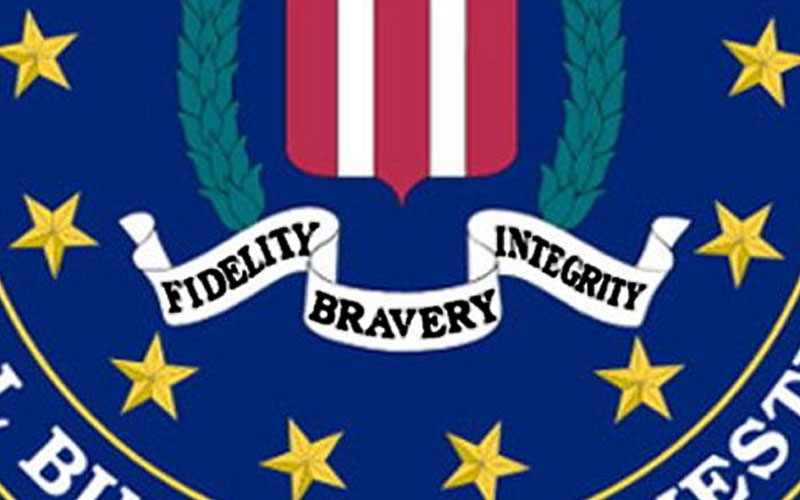 I was interviewed by Leandra Bernstein, the National Political report for Circa and the of the Sinclair Broadcast Group regarding the approach and credibility of former FBI Deputy Director Andrew McCabe and former FBI agent Peter Strzok not advising then-National Security Advisor Michael Flynn about the consequences of lying to the FBI:

When Michael Flynn’s attorneys requested the former national security adviser receive no jail time for lying to federal agents, they asked the judge to consider the role of two former Federal Bureau of Investigation agents who have since been fired and referred for alleged misconduct.

The sentencing memo filed Tuesday in Flynn’s defense, suggested that former FBI Deputy Director Andrew McCabe encouraged Flynn not to seek legal counsel before sitting down for an interview with two FBI agents. One of the agents conducting that interview was Peter Strzok, a deputy assistant director who was later removed from the special counsel’s Russia investigation and fired from the FBI for alleged political bias.

According to the Tuesday sentencing memo, Flynn was contacted by then-Deputy Director McCabe on Jan. 24, 2017, four days after President Trump’s inauguration. At the time, the FBI had not publicly confirmed its counterintelligence investigation into the Trump campaign and Russian election interference.

McCabe called Flynn on a secure phone line in his West Wing office and told the newly appointed national security adviser that he wanted him to “sit down” with two agents to discuss his contact with Russian officials.

McCabe explained that the “quickest” way to conduct the interview would be for Flynn to meet with the two agents without legal representation. Involving anyone else, such as the White House counsel, would take longer and the Justice Department would have to get involved, McCabe wrote in a contemporaneous memo. Flynn agreed and met with the two agents about two hours later.

Strzok and another agent reported that Flynn was “relaxed and jocular” during the Jan. 24 interview. He even offered to give the agents “a little tour” of the West Wing. When questioning Flynn about his Russian contacts and other matters, the agents decided not to remind him that it is a crime to lie to the FBI. “[T]hey were concerned that giving the warnings might adversely affect the rapport,” they stated.

One of the agents reported that Flynn was “unguarded” during the interview and “clearly saw the FBI agents as allies.” . . .

. . . . The newly reported information about McCabe and Strzok’s role in Flynn’s self-incriminating interview will make an already politically fraught investigation of the president and his associates even more complicated.

The involvement of McCabe and Strzok in the Flynn interview is “really problematic,” explained Ray Batvinis, a historian and retired FBI special agent. “All it does is lend fuel to the fire. It does not help the institution and does not really help as far as the transparency of the investigation is concerned.”

McCabe was forced out of office in March and given a criminal referral by the Justice Department inspector general for misleading investigators about his role in leaking sensitive information to the press. . . .

. . . . Beyond the political implications, the FBI’s handling of Flynn was “way outside of the bureau’s tradition,” according to James T. Baker, a law enforcement consultant and former FBI special agent.

Typically, field agents conduct interviews of potential suspects. Their work is reviewed through layers of supervisors before it reaches the desk of a someone overseeing an investigation, such as Strzok, who was the deputy assistant director of the FBI’s counterintelligence division, or McCabe, the second highest official in the bureau.

“That is one of the fundamental problems in this investigation,” Baker said. “This was a very closely held investigation in FBI headquarters and you had executives, who would be making the decision on where the investigation goes, actually doing the interviews.”

Batvinis also noted the involvement of senior-level FBI officials in the interview was “highly unusual.” . . .

. . . . Other circumstances surrounding the Flynn interview were less unusual. Strzok’s decision not to inform Flynn of the consequences of lying to the FBI is typical, Batvinis said, particularly given his reportedly “relaxed” and “unguarded” demeanor.

It was also not out of the ordinary for McCabe and Flynn not to involve the White House counsel and Department of Justice, though in hindsight, Flynn may have benefited from legal representation. Flynn was accustomed to interacting with the FBI after years of work on national security, according to his lawyer.

Baker noted that for Flynn to sit down with agents and talk off the cuff as the president’s national security adviser “is rather natural, understandable and was literally part of his job.” Flynn would not have been aware he was the subject of the counterintelligence investigation. Given the unusual framework and circumstances of the interview, Baker suggested it was “unfair” to bring the charges against Flynn. . . . (read all)