Here I am in DC with the nation’s first spymaster, George Washington. Here’s a tip, if you want to work undercover, don’t wear bright orange! 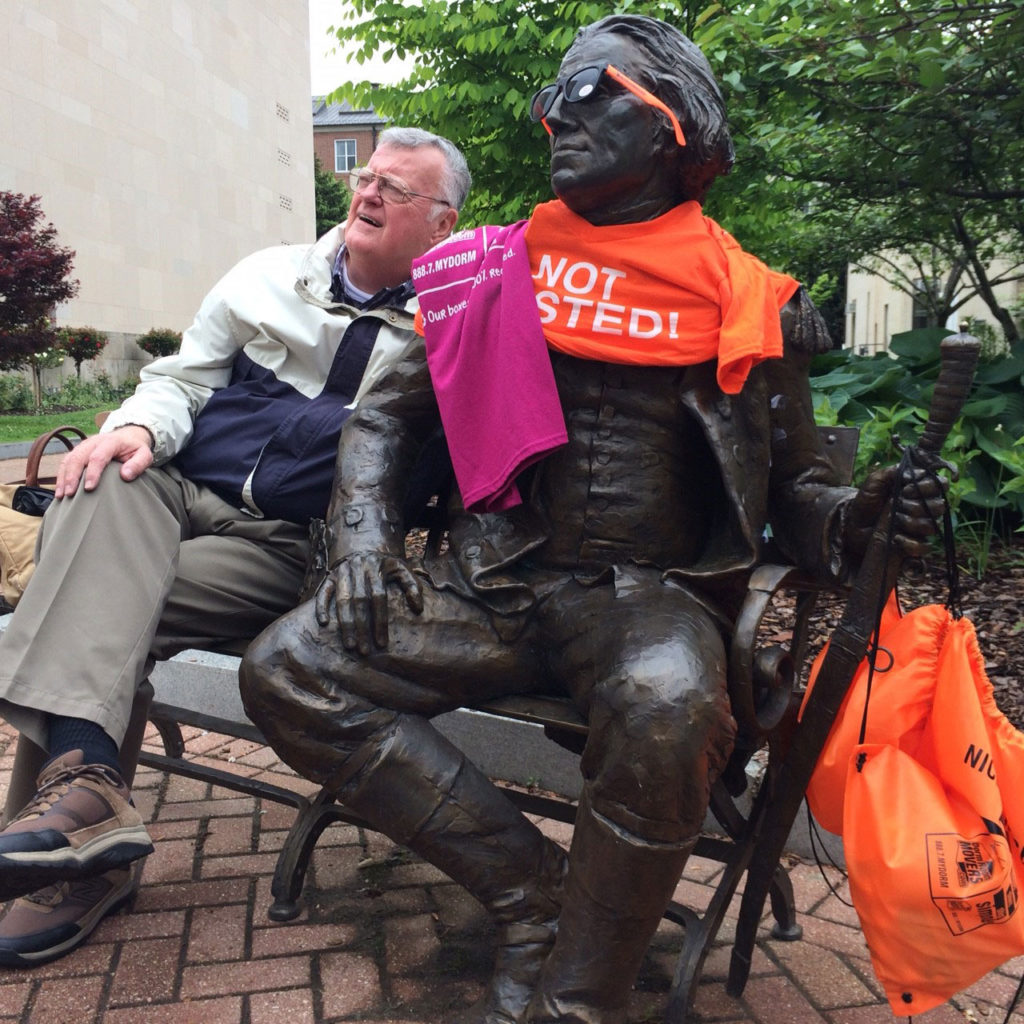 George Washington, Spymaster (Mount Vernon)
When history books praise the heroes of the American Revolution, they seldom include names like Agent 711 and John Bolton along with the likes of George Washington and Patrick Henry. Perhaps, however, they should. These men were part of the most famous spy ring of the era, the Culper Ring, whose identities were kept secret until well after the war ended. . . .

George Washington, Spymaster (American Heritage)
Without his brilliance at espionage the Revolution could not have been won

A Look Back … George Washington: America’s First Military Intelligence Director (CIA)
George Washington – who some call the “First DCI” (Director of Central Intelligence) – was a key practitioner of military intelligence during the Revolutionary War more than 230 years ago. In fact, General Washington was more deeply involved in intelligence operations than any American general-in-chief until Dwight Eisenhower during World War II. His skills in the “black arts” helped secure key victories, hastened the end of hostilities, and significantly contributed to the United States’ winning its independence from Great Britain. . . .