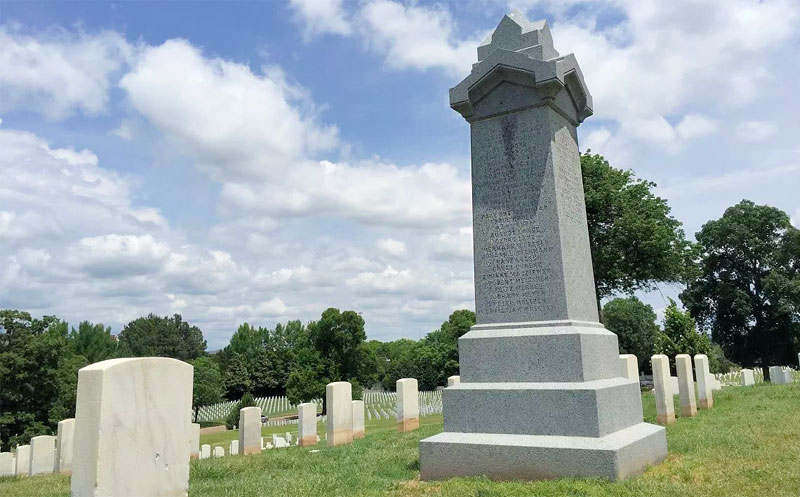 Given the controversy in our country today over Civil War related Confederate statues and monuments I thought you might find this article interesting. I was fortunate enough to help the author, Dan Jackson, by offering some background  on the Nazi Bund movement in the United States before the Second World War.

There’s little indication from looking at it that a pillar in a cemetery in Chattanooga, Tennessee, was erected by representatives of Nazi Germany on the eve of World War II.

It bears no swastika. Its inscription in German makes no mention of the Third Reich, a master race or even a message glorifying war, as the Nazis were known to do.

Unlike monuments to the Confederacy – many of which were erected decades after the U.S. Civil War – the Nazi German government erected the monument in Chattanooga before the world knew of concentration camps, the Holocaust, blitzkriegs and fire bombings.

Members from Nazi Germany’s diplomatic mission to the United States quietly installed the pillar in 1935 to memorialize German prisoners of war who died in America during World War I.

It stands in the Chattanooga National Cemetery among the graves of the German POWs, on the side of a hill surrounded by rows of white tombstones for American veterans.

The full story of how the monument came to be lies in old newspapers living in microfilm at the Chattanooga Public Library and the original, typewritten monthly reports by the cemetery’s superintendent, which sit in the archives of the nearby Chickamauga and Chattanooga National Military Park. . . . (read the rest)