You are here: Home / Blog / When the FBI Spent Decades Hunting for a Soviet Spy on Its Staff 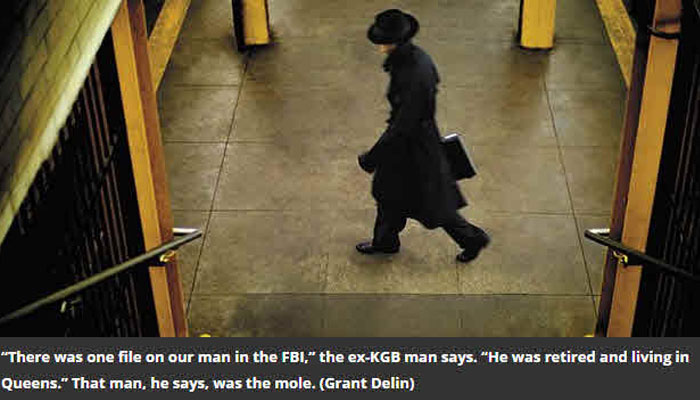 One spring night in 1962 a short, stocky Russian walked into the FBI office in Midtown Manhattan and offered his services as a spy for the United States.

Aleksei Kulak, then 39, was working undercover as a science official at the United Nations.

He said he was unhappy with his progress at his true employer, the KGB.

Kulak was taking a huge risk simply by entering the FBI office.

The building was on East 69th Street at the corner of Third Avenue—just three blocks from the Soviet U.N. mission on Park Avenue at 68th Street, which provided cover for dozens of KGB agents.

“Aren’t you worried they may be watching the FBI building?” an FBI agent asked.

“No,” Kulak replied. “All of our people are out covering a meeting with your guy, Dick.”

The Russian was clearly saying that the KGB had a mole inside the FBI.

With those three words, he set off an earthquake inside the bureau that reverberated for decades—and remains unsettled even now.

Kulak became the FBI’s Bureau Source 10, with the code name FEDORA. (Behind his back, agents called him Fatso.)

The FBI assigned the code name UNSUB Dick, “UNSUB” being the term for “unknown subject,” to the mole that Kulak said was hidden inside the bureau.

Kulak had scarcely left the FBI building that evening before the bureau launched a mole hunt that “shook the foundations of the bureau,” says David Major, who spent 24 years as an FBI counterintelligence agent and was the first bureau official assigned to the National Security Council in the White House.

Over the course of three decades, hundreds of agents’ careers fell under the shadow of the investigation.

In terms of corrosive effect, Major cites only one comparable event in U.S. intelligence history: the notorious mole hunt James Jesus Angleton conducted within the CIA, which paralyzed the agency’s Soviet operations and destroyed or damaged the careers of as many as 50 loyal CIA officers between 1961 and 1974, when Angleton was fired.

“You know how Angleton ripped apart the agency,” Major, who retired from the FBI in 1994, told me. “Well, the same thing happened to the bureau. Dick ripped the bureau apart. But it never became public.”

I first learned of UNSUB Dick while researching my 2002 book, Spy: The Inside Story of How the FBI’s Robert Hanssen Betrayed America

When I approached Major back then about the hunt for Dick, he replied, “You make my hair stand on end when you say that name. How do you know about UNSUB Dick?” and declined to discuss the matter any further.

But with the passage of time, Major—and several others—recently agreed to talk about it.

This article, based on interviews with 30 current or former FBI agents, traces the course and effects of one of the most sensitive investigations in the bureau’s history—and what is, as far as can be determined, the first mole hunt in the history of the FBI.

“This was the first,” says R. Patrick Watson, a counterintelligence agent in New York at the time and later a deputy assistant director of the FBI for intelligence operations. “I’m not aware of any prior to Dick.” . . . . (read the rest)