You are here: Home / Blog / Charley and the Lab 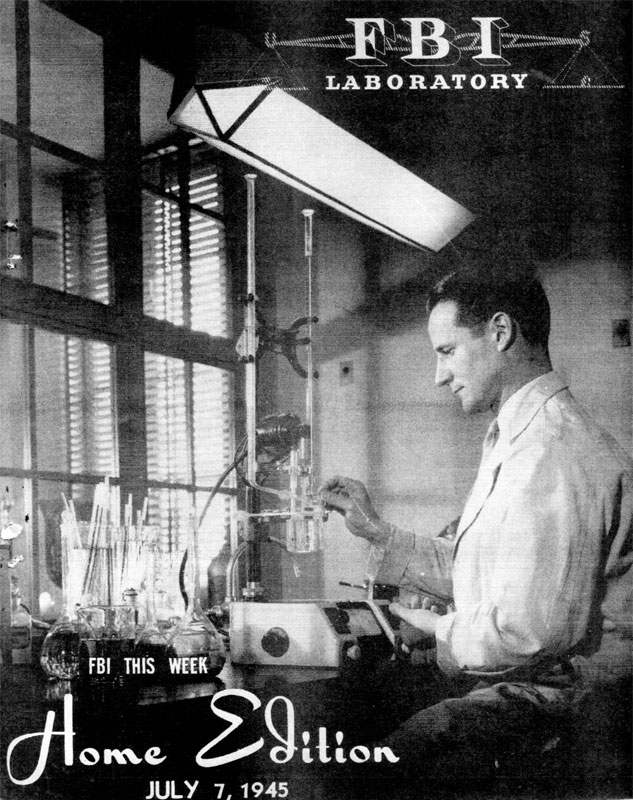 Today the FBI’s world renowned Laboratory Services Division is based in a state-of-the-art facility on the grounds of the Quantico Marine Base in Virginia. More than five hundred scientists and Special Agents routinely travel to far-flung regions of the world employing cutting-edge science to conduct forensic examinations: all in an effort to solve major crimes and prevent terror. The Lab also provides advanced technical support, expert witness testimony and advanced training for Bureau personnel, the Intelligence Community and America’s partners around the globe.

When did the Laboratory start and who was its founder? Answers to these questions can be found in two interesting items which were generously provided to me by Edward Appel.

Ed and I first met in 1975 at the Washington Field Office when I entered the fascinating world of counterintelligence. The occasion was my transfer from the Applicant Squad to what was then called the “Satellite Squad” which investigated Soviet satellite intelligence services (Poland, Czechoslovakia, Hungary, etc.) operating from embassies and offices scattered around Washington, DC.

The early 1970s was an interesting period in FBI history. Hoover had died in 1972. Two years later when CIA director William Colby fired James Angleton the FBI and the Agency  initiated the first tentative steps toward reestablishing more cordial relations. As part of this effort Ed was assigned the delicate task of squad liaison with the CIA’s Washington Base. For reasons known only to him (to this day I still think he momentarily lost his mind) he made me his assistant. What an education for a kid who knew nothing about counterintelligence and even less about the Agency. I’ll always honor for Ed for his courageous decision.

The first item is a revealing profile of Ed’s father, Charles Appel, a FBI agent and founder of the FBI Laboratory. Ed kindly offered me permission to reprint an article he authored about his Dad for the March 2015 edition of the Grapevine, the monthly magazine of the Society of Former Special Agents of the Federal Bureau Investigation.

The other is a July 7, 1945 magazine called FBI Laboratory; one of a series of internal FBI publications highlighting the mission and personnel of the FBI’s various divisions.

On the front cover of the magazine FBI director Hoover expressed his pride in the  Laboratory telling readers that they “will enjoy meeting the men and women whose search for the truth has made them, in a special sense, guardians of the law.”

Seventy years later I hope you enjoy it as well!

The Story of Charles A. Appel, Jr., Founder of the FBI Laboratory (pdf)