You are here: Home / Blog / Facts and the new “Wall of Spies” re Koval and Weisband 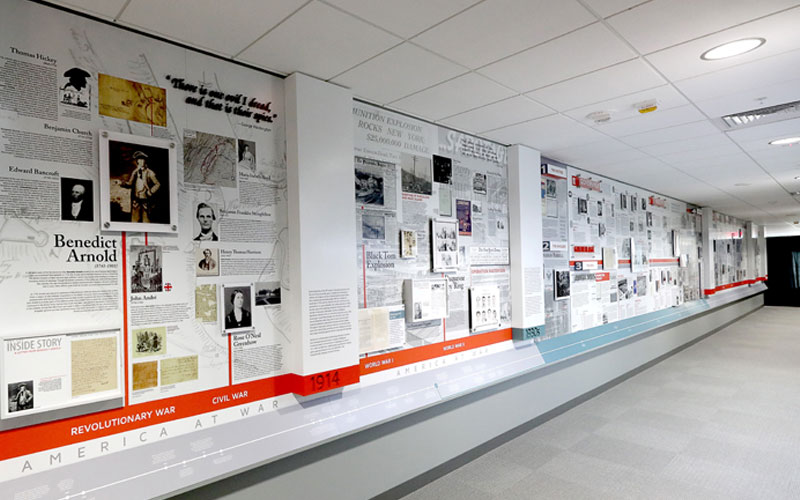 Read this Washington Post article then read my letter below to the author of the article regarding the facts regarding what was said about George Koval and William Weisband:

The ‘Wall of Spies’: A new museum you can’t visit dedicated to American turncoats (Washington Post)

In November 2007, Russian President Vladimir Putin raised a glass with his military intelligence officials to honor and celebrate an American named George Koval.

Koval, the son of Russian immigrants, was born in Iowa in 1913. He loved baseball. After becoming a chemical engineer for the U.S. Army, Koval was hired to work on the Manhattan Project.

He was also a Russian spy.

After his death, in one of the great stick-a-thumb-in-the-eye episodes in Cold War history, Putin outed Koval to the world by clinking champagne glasses and posthumously awarding him Russia’s highest honorific tile: Hero of the Russian Federation.

Koval’s story is told at the Wall of Spies Experience, a new museum inside the very secure Bethesda headquarters of the National Counterintelligence and Security Center, which guards against intelligence threats and insider espionage. . . . (read more) 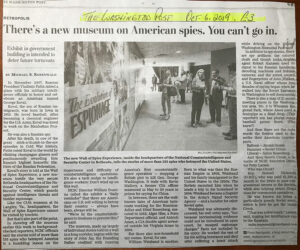 I’m writing in connection with your article entitled “There’s a new museum on American spies. You can’t go in” which appeared in today’s Metro section of The Washington Post.

Either you got it wrong or the National Counterintelligence and Security Center failed to fact check before creating the new “Wall of Spies Experience.”

In regard to both George Koval and William Weisband, both could have been easily stopped by US authorities before they committed any espionage.

As for Koval, he was born in Iowa to Jewish parents who had immigrated from the Russian Empire at the turn of the twentieth century. The takeaway point, however, is that the whole family returned to the new Soviet Union in the early 1930s. George, however, returned to the United States in the late 1930s and settled in New York City. When he was drafted into the army during the Second World War no background security investigation was conducted before his assignment to the Manhattan Project at the Oak Ridge plant in Tennessee. A few simple questions asked in Iowa would have prevented this terrible hemorrhage of vital military secrets. Our failure to stop it before it started is why Putin chose to stick it to us.

As for Weisband, there is no record that he was born in Russia. In fact, all the evidence indicates that he was born in 1908 to Russian Jewish parents following their immigration from Odessa, Russia to Alexandria, Egypt. Furthermore, the record suggests that he never visited the Soviet Union in 1934 but rather was recruited by the Comintern in New York City while working as a clerk for the Waldorf – Astorian Hotel. Then in 1938 he was arrested by the New York City Police Department for smuggling a Comintern agent into the United States and was released a day later. Had army investigators checked his background they would have uncovered his criminal charges.

Then there is the claim that “incriminating evidence could not be introduced in open court.” In fact, both the FBI and the Armed Forces Security Agency were convinced that he committed espionage but lacked sufficient prosecutable evidence such as witnesses who could withstand a vigorous attack by defense attorneys.

Thanks for letting me clear the air.