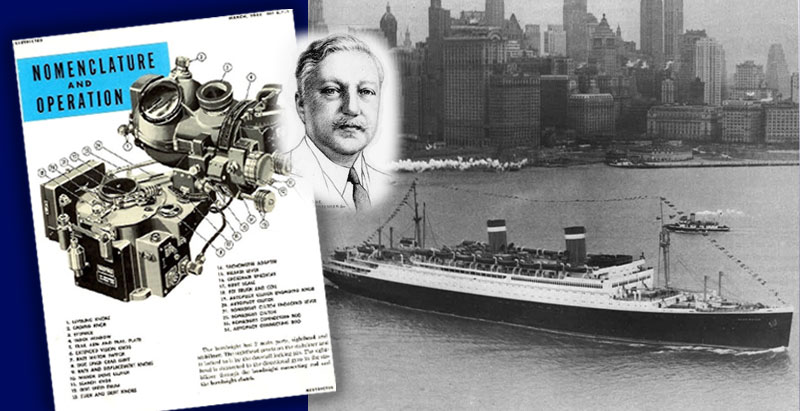 First published in May 2013 issue of The Grapevine, Society of Former Special Agents of the FBI

One of the strangest cases in FBI history occurred 73 years ago this month when FBI Director J. Edgar Hoover ordered Special Agent M. Clair Spear to chaperon Carl Norden as he sailed from New York to Genoa, Italy.

Norden, known as “Old Man Dynamite” to Navy and Army brass, was the self-centered, impatient, driven and abrasive genius who would invent the top-secret aircraft bombsight that bore his name.

The case began when news that Norden was to make a sudden departure on May 4, 1940, reached the highest levels in Washington, DC, just hours before his ship was scheduled to sail.

The terrible fear was that, with war only days away, the Germans, Italians or possibly even the British might kidnap Norden and force him to reveal the details of what was then the most important secret in the American military arsenal.

Following a series of frantic phone calls among Admiral Harold Stark, the Chief of Naval Operations; Director Hoover; Vincent Astor, the wealthy socialite then serving as the president’s coordinator of intelligence for the New York area; and Sam Foxworth, the head of the FBI’s New York office, Special Agent Spear raced to a local New York City pier where the SS Washington awaited his arrival.

Once aboard, Captain Harry Manning delayed the ship’s departure for another hour to allow time for Agents to go to Spear’s apartment to pack his bags while others went to the local State Department office to get him a passport.

The surprised Norden quickly accepted Spear as a bodyguard and agreed to follow all instructions to the letter.

It was only then that Spear learned that the bombsight plans existed only in Norden’s head and in a set of incomplete blueprints sitting in a bank safe deposit box in New York.

A bewildered Foxworth later told Director Hoover that neither the Navy nor the Army possessed any designs of the bombsight that “would be worth anything at all.”

On May 10, 1940, with the SS Washington still at sea, the German Wehrmacht smashed through the Ardennes Forest into a battle with French and British troops that ended six weeks later with Hitler’s occupation of Western Europe.

Within hours of the invasion Director Hoover radioed Spear with orders to confiscate Norden’s bombsight sketches and destroy them, along with any other relevant documents.

Spear was also told to destroy his coded instructions and “memorize number keys and keep same in your possession.”

Norden, never a fan of the British, grew increasingly anxious as the ship neared Gibraltar calling them “treacherous” and telling Spear of London’s belief that he was a Nazi agent who was deliberately stirring up anti-British sentiment among U.S. Navy officials.

Becoming even more hysterical, he agonized over the possibility that they knew about his bombsight and would hold him hostage until the United States gave them the invention’s details.

After docking at Gibraltar both men went to Norden’s stateroom where they were surprised to find two British naval officers and a British marine waiting for them.

Spear quickly offered some impromptu double-talk and backed out with Norden to a waiting American consular officer who later ran interference while the bombsight genius underwent British interview.

Spear later radioed Director Hoover that the British knew everything about Norden and his work in the United States yet assured him of “unmolested passage” through Gibraltar at any time.

When the SS Washington finally reached Genoa, the German invasion was four days old and worrisome questions were arising in Washington about Mussolini joining Hitler in the war.

Fearing the worst, Navy officials ordered Manning to stop all cargo loading and immediately return the ship to New York.

As for Norden and Spear, they were ordered to remain aboard ship until Mrs. Norden arrived from Switzerland to join them for the return voyage.

An “invitation has been extended,” Foxworth radioed from New York “to you, the friend, and the wife to live aboard the Washington. Suggest you accept.”

Spear’s adventure was hardly over.

Once Mrs. Norden was safely aboard, Manning wasted no time turning the ship around and heading back toward the Atlantic Ocean now rapidly filling up with U-boats on the prowl.

Once at sea Manning was suddenly ordered to put in to Bordeaux, France, where he picked up 1,020 American refugees fleeing Europe.

Setting off again he found himself in the middle of an inky black night of June 11, 180 miles west of Lisbon facing a German submarine, which flashed a signal instructing Manning “stop and heave to. 10 minutes to abandon ship. Torpedo the ship.”

While Spear and the Nordens stumbled into lifeboats, Manning desperately tried to convince the sub skipper that the ship was American.

After seemingly endless minutes the sub flashed a final signal: “Thought you were another ship: go, go.”

Two weeks later after a brief stop at Galway, Ireland, the Nordens, Spear and the secret of the bombsight were safely back on U.S. soil and under American protection.

Postscript: In July 1940, the FBI was stunned to learn (through the Duquesne espionage investigation) that a Nazi spy posing as a crewmember was aboard the ship for both crossings.

In February 1941 Spear became the first FBI Agent assigned to an American embassy with the title Legal Attaché when Ambassador Spruille Braden requested his assistance in Bogota, Colombia. He remained in South America serving as Legal Attaché in Argentina, Honduras, Chile, and twice in Cuba.

Original article from The Grapevine (pdf) 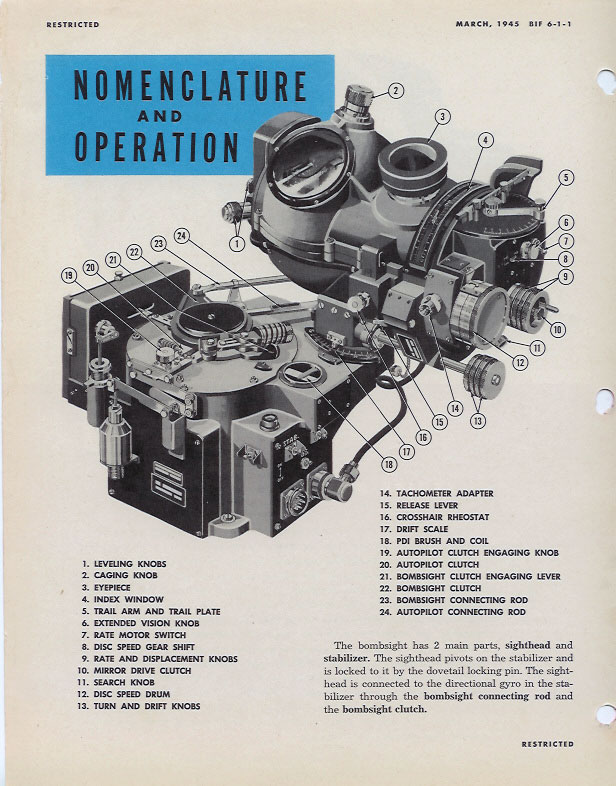