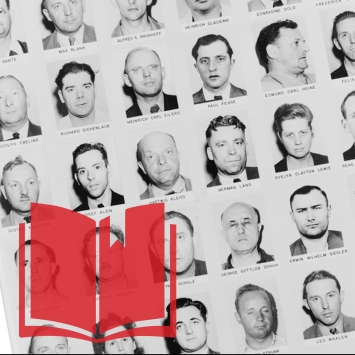 I would recommend Double Agent: The First Hero of World War II and How the FBI Outwitted and Destroyed a Nazi Spy Ring

He will be giving a book talk at the International Spy Museum in Washington, DC on October 7, 2014 at noon:

Double Agent: The First Hero of World War II and How the FBI Outwitted and Destroyed a Nazi Spy Ring

Briefing:
Leading up to the US entry into WWII, Germany set up a sophisticated and productive espionage ring, which effectively utilized well-placed German Americans in the States. They were able to infiltrate key military and industrial facilities, and succeeded in obtaining critical information, including plans for the exceptionally accurate and very secret Norden bombsite device. When naturalized American William Sebold visited his native Germany in 1939, German intelligence officers saw him as a prime target for recruitment. Threatened with arrest, Sebold seemingly agreed to work for the Germans, but they woefully misjudged him. Returning to New York, he contacted the FBI and told all. In his new book Double Agent, journalist Peter Duffy uncovers how Sebold became the center of a 16-month investigation that led to the arrest of 33 enemy agents in June 1941. Known as the Duquesne Spy Ring, the colorful cast of traitors included military contractors, a South African adventurer with an exotic accent and a monocle, and a Jewish femme fatale. Join the author for this tense and exciting tale with all the elements of a fine spy novel, except that it is true.

The day after Hitler declared war on the United States on Dec. 11, 1941, a Brooklyn jury returned convictions on a viperous nest of Nazi spies brought to justice by a humble but courageous Manhattan man.

In a fascinating new book, “Double Agent,” Peter Duffy reveals the little-known story of the New Yorker who risked his life daily in the city’s Nazi underground, ferreting out traitors sworn to arming the Führer’s deadly Luftwaffe bombers and providing lethal assistance to German U-boats.

The Duquesne Spy Ring, as it was known, was brought down by Sebold in what still stands as the largest espionage case in American history. A femme fatale, a soldier of fortune and a gun-toting Sperry engineer were among the 33 spies, most naturalized citizens, eventually sentenced to a total of 300 years in prison. . . . (read more)