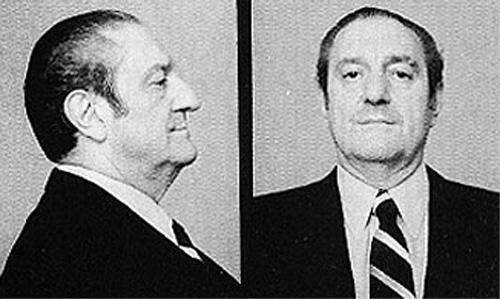 From the latest issue of The Grapevine, published by the Society of Former Agents of the FBI, an article from the Historical Committee written by George Gabriel (FBI fro m 1979 to 2006):

Thirtieth anniversary of the murder of Paul Castellano. George Gabriel was the John Gotti Case Agent.

La Cosa Nostra (LCN) has rules governing the conduct of its made members; probably the most important of which was the Cardinal Rule — Don’t kill the Boss of a Family without permission from the Commission. In the 1980s, the Commission consisted of the bosses of the five NY LCN families: the Bonnano, Colombo, Gambino, Genovese and Luchese Families. Unless the Commission had cause to take out another Boss, it was highly unlikely that a disgruntled family member would seek and get permission from the Commission to wack a Boss, let alone survive making the request. Fundamentally the Cardinal Rule preserved the status quo, and was enforced as a matter of self-preservation. No Boss would ever endorse taking out another one and expose himself to the same fate.  In December of 1985, “Big Paul” Castellano was the Boss of NY’s most powerful family — the Gambino crime family.

Prelude to a murder

In 1985, the Gambino family stood at approximately 250 members strong, with an estimated 400 plus “associates” hitting the pavement earning money to kick-up to the Boss. Life as the Boss of the Gambino family was very lucrative, and for a greedy Boss like Castellano, the riches were vast. The LCN made their money through the control of powerful labor unions in NY, through which they controlled whole industries such as the construction, carting (garbage), trucking and concrete companies to name but a few. Big Paul, a very successful business man in his own right, padded his earnings by muscling in on Gambino-controlled industries, while short-changing his own family members. . . . .(read the rest)