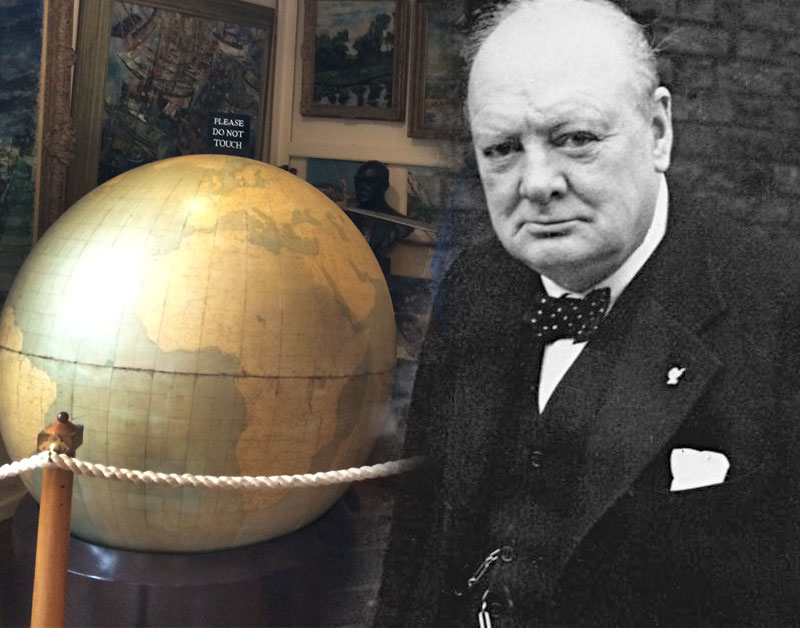 The Gathering Storm was a wonderful British docudrama produced and directed in 2008 by Ridley Scott. The movie takes its name from the title of the first of the monumental six volume history of the Second World War Winston Churchill wrote between 1948 and 1953.

The story focuses on Churchill’s so-called “wilderness” years during the 1930s at Chartwell, his bucolic country home in Kent about forty miles south of London, when he was out of power and increasingly viewed as a failed politician whose time had come and gone.

It was at his estate that the irascible, grumpy, often intolerant and always demanding and always impatient politician, played brilliantly by the legendary British actor Albert Finney, launched his now famous campaign to warn a reluctant Parliament and his countrymen about the growing military threat posed by Hitler’s Germany. For cinematic reasons the narrative conflates the governments of Prime Ministers Stanley Baldwin and Neville Chamberlain. It ends with Winston’s triumphant return to power at the start of the Second World War as First Lord of the Admiralty.

In one memorable scene Winston, in his Chartwell office, is dictating a letter to his secretary when his faithful and long-time butler, David Inches, suddenly enters to tell him that he has an important telephone call waiting for him. When he angrily orders the call to be sent to his office Inches testily responds that he couldn’t do it because he is not “familiar with the mechanism.” Winston, exploding at Inches insolence, angrily criticizes him for his rude behavior. Holding his ground Inches testily chastises him for his rudeness. Winston, glaring at Inches, says that his own behavior was bad—“but I’m a great man.”

I tell that story because I had an opportunity to get a first-hand sense of Winston Churchill’s greatness in November when I visited his estate at Chartwell while attending a Cold War history conference at Kings College London. 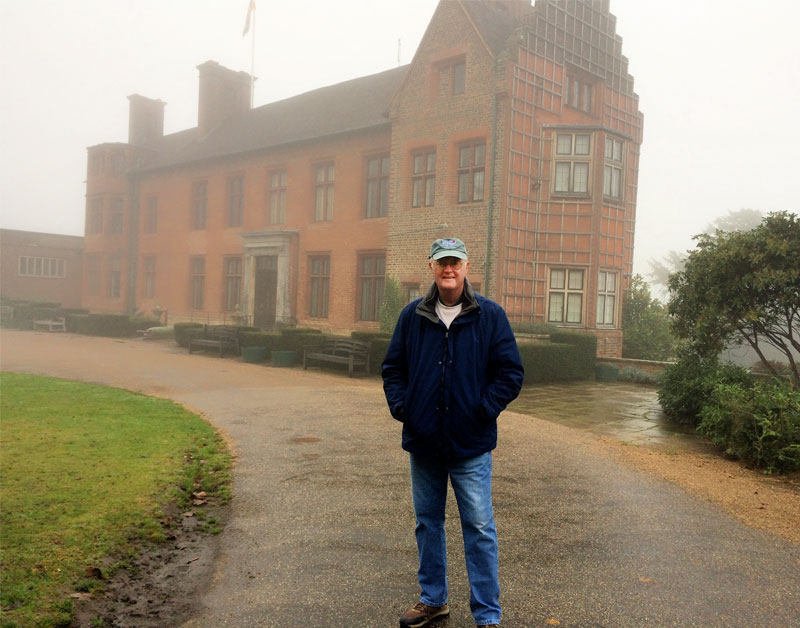 On the morning of 13 November I boarded a train from Charing Cross Station for the thirty-minute journey to the village of Sevenoaks where a taxi took me the additional ten miles to the estate. I knew beforehand that the house was closed in preparation for the Christmas holiday. Yet I still got a strong sense of the man as I walked around the grounds stopping along the way at his koi pond, the gardens he planted, the round swimming pool he designed, the butterfly cage (he raised his own butterflies), the brick wall that he personally built and was so proud of and the large pond that he created to protect the swans that made their home on the estate.

My wanderings eventually led me to Winston’s one place of true refuge; the art studio situated down the hill from his mansion where he spent countless hours alone painting both for pure enjoyment as well as therapy for the depression he suffered from throughout his life, a condition he called his “black dog.” He didn’t put his first brush to canvass until he was forty. By 1965, when he passed—away at age ninety-one—Winston had produced nearly 550 paintings. Many, as you will note from the photos, still hang on the studio walls today.

But as much as I absorbed about Winston Churchill’s greatness this modest story is not about his art or his studio. As the accompanying photos explain, this is a Christmas vignette about optimism and hope for the future in the wake of a year filled with crises and reasons to feel otherwise. It is a letter dated 12 December 1942 from General George C. Marshall, US Army Chief of Staff, to Winston that hangs on the studio wall: 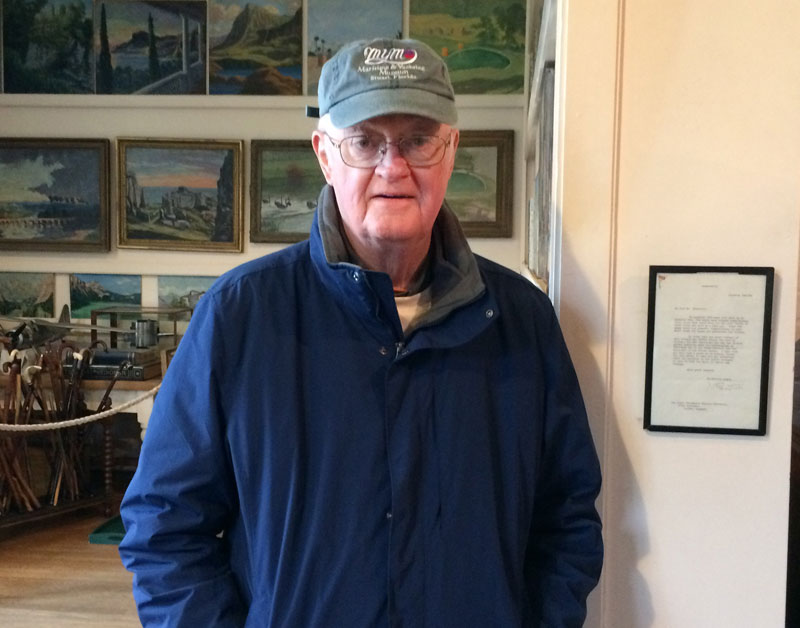 We approach Christmas with much to be thankful for. The skies have cleared considerably since those dark weeks when you and your Chiefs of Staff first met with us a year ago. Today the enemy faces our powerful companionship in arms which dooms his hopes and guarantees our victory.

In order that the great leaders of this crusade may better follow the road to victory, the War Department has had two 50-inch globes specially made for presentation on Christmas day to the Prime Minister and the President of the United States. I hope that you find a place at 10 Downing Street for this globe, so that you may accurately chart the progress of the global struggle of 1943 to free the world of terror and bondage.

A year earlier America was rocked by the terrible loss at Pearl Harbor and Great Britain was experiencing defeat around the world. In his characteristic simple and direct style Marshall highlights America’s “companionship” with the British as the key to the successful allied gains against the Axis enemy over the ensuing twelve months noting that final victory, while still a distant goal, was now a certainty.

As a symbol of American optimism, the letter accompanied a 50-inch globe of the world that Marshall had commissioned as gift for Prime Minister Churchill to help him follow the worldwide movements of Allied forces as they marched to victory. The Churchill globe is also display in Winston’s studio. An identical globe was also gifted to President Roosevelt. Today it is the centerpiece of a World War II exhibit at the Franklin D. Roosevelt Library and Museum at Hyde Park, New York. 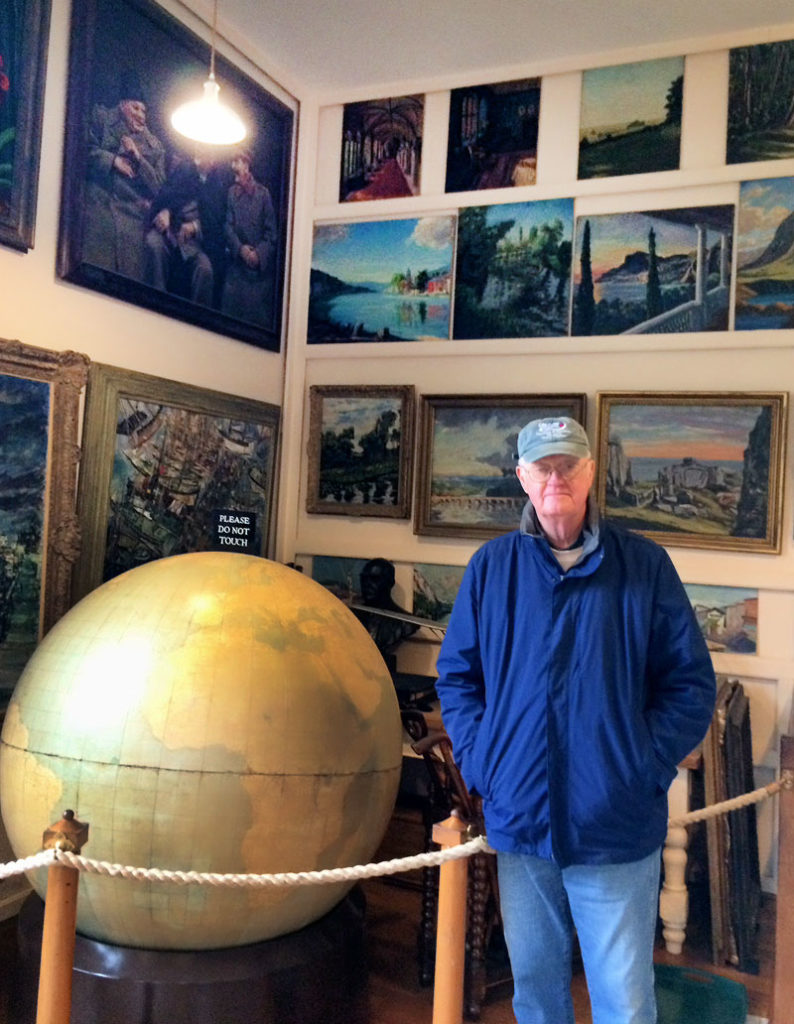 General Marshall’s letter along with the two globes offer us all a lesson. Namely, that while the United States of America today is the most powerful nation on earth—we cannot go it alone. Our strength derives from engaging closely with the world and seeking the wise counsel of friends and allies. And while always standing strong in the face of evil we must never be deterred from always searching for common ground with those states that may wish us harm.