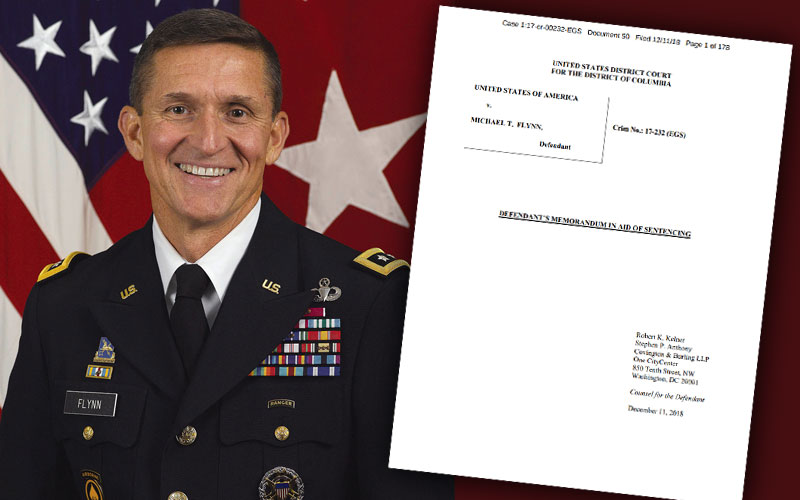 At 12:35 p.m. on January 24, 2017, the first Tuesday after the presidential inauguration, General Flynn received a phone call from then-Deputy Director of the FBI, Andrew McCabe, on a secure phone in his office in the West Wing. General Flynn had for many years been accustomed to working in cooperation with the FBI on matters of national security. He and Mr. McCabe briefly discussed a security training session the FBI had recently conducted at the White House before Mr. McCabe, by his own account, stated that he “felt that we needed to have two of our agents sit down” with General Flynn to talk about his communications with Russian representatives. Mr. McCabe’s account states: “I explained that I thought the quickest way to get this done was to have a conversation between [General Flynn] and the agents only. I further stated that if LTG Flynn wished to include anyone else in the meeting, like the White House Counsel for instance, that I would need to involve the Department of Justice. [General Flynn] stated that this would not be necessary and agreed to meet with the agents without any additional participants.” Less than two hours later, at 2:15 p.m., FBI Deputy Assistant Director Peter Stroyck and a second FBI agent arrived at the White House to interview General Flynn. By the agents’ account, General Flynn was “relaxed and jocular” and offered to give the agents “a little tour” of the area around his West Wing office. The agents did not provide General Flynn with a warning of the penalties for making a false statement under 18 U.S.C. § 1001 before, during, or after the interview. Prior to the FBI’s interview of General Flynn, Mr. McCabe and other FBI officials “decided the agents would not warn Flynn that it was a crime to lie during an FBI interview because they wanted Flynn to be relaxed, and they were concerned that giving the warnings might adversely affect the rapport,” one of the agents reported. Before the interview, FBI officials had also decided that, if “Flynn said he did not remember something they knew he said, they would use the exact words Flynn used, . . . to try to refresh his recollection. If Flynn still would not confirm what he said, . . . they would not confront him or talk him through it.” One of the agents reported that General Flynn was “unguarded” during the interview and “clearly saw the FBI agents as allies.”

On December 12, 2018 I offered a reporter some observations about the above portion of the Flynn sentencing memorandum. I questioned the wisdom of the FBI’s decision to have later disgraced Deputy Assistant Director Peter Stroyck participate in the interview of General Flynn who was then serving as President Trump’s national security advisor.

First, interviews, even interviews of senior government officials, are routinely conducted by seasoned field agents and not by senior FBI executives. FBI officials, particularly someone in Stroyck’s position, daily face a vast range of sensitive national and international responsibilities and duties that require full and focused attention. His job was to concentrate on oversight, management and direction of the Russia investigation. Doing so meant digesting the details of all the reports coming into his office. It meant also being ready at any time of the day to answer questions and brief the FBI director, other superiors in the FBI, Department of Justice, interagency partners as well as the relevant congressional committees. And at the same time directing and guiding the FBI’s international counterintelligence program.

Next is the question of Andrew McCabe’s request for the interview and his suggestion to Flynn that if he “wished to include anyone else in the meeting, like the White House Counsel for instance, that I would need to involve the Department of Justice. Flynn is no sixteen-year-old kid who has never been in trouble before with the law and is unaware of his rights. He is a retired US Army general. He is a man of exceptional talent and experience both as a military officer and intelligence professional as acknowledged by the many support letters and efficiency ratings attached to his sentencing document. He has led the Defense Intelligence Agency and undoubtedly has overseen court martials and major criminal and espionage matters.

Over his many decades as an intelligence officer he worked closely with the FBI in “matters of national security” as he acknowledged. So, for me it defies belief that General Flynn didn’t know that lying to the FBI was a criminal offense (NOTE: The FBI is under no obligation to inform a person that lying to the FBI is a federal offense). Nor, for that matter, could he be so oblivious to the need for a lawyer in the presence of two FBI agents questioning him on a matter in which he was so dangerously exposed. And in the end there is the FBI agent’s sense that Flynn viewed them as “allies.” Allies in what – a coverup.