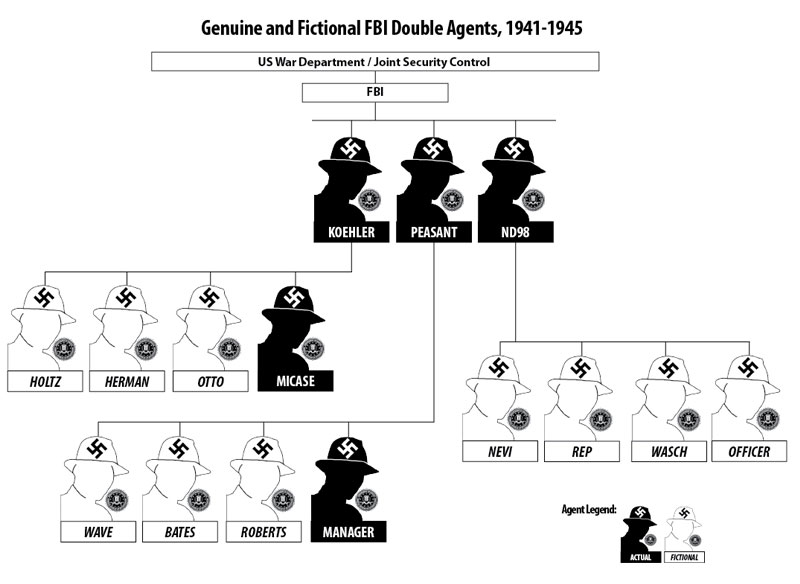 “Tangle within, plot and counter-plot, ruse and treachery, cross and double cross, true agent, false agent, double agent, gold and steel, the bomb, the dagger and the firing party, were interwoven in many a texture so intricate as to be incredible yet true.” —Winston Churchill

This month marks the seventy-fifth anniversary of the surprise landings by United Nations forces on the beaches of Normandy, France. At day-break on June 6, 1944, Allied soldiers stormed along a fifty-mile fortified coastline onto five beaches forever remembered as Utah, Gold, Sword, Juno, and Omaha.

A day that changed the course of history with a butcher’s bill totaling more than nine thousand casualties, including more than 4,400 dead. We paid dearly for a thin strip of land; but from that tiny bridgehead, over the next 338 days, the Allies fought across more than seven hundred miles of Europe to Berlin, killing or badly wounding more than a million German soldiers.

Writing about World War II, historian Rick Atkinson poignantly remembered that day. “So indeed the day, epochal and soon legendary, and perhaps indeed as on the judgement of a Royal Air Force history ‘the most momentous in the history of war since Alexander set out for Macedon.’”

A summer invasion was no secret. The Germans had known about it since January 1944, when the Big Three leaders Roosevelt, Churchill and Stalin, meeting in Tehran, issued a communiqué to the world announcing that an invasion of northwest Europe led by American general, Dwight Eisenhower, would occur later that year. It would be the largest amphibious attack in history and wherever the Allies struck – success or catastrophe, as everyone also knew – were going to be near things.

As Eisenhower assumed his new command in London, he knew the importance of complete secrecy if he was going to construct a strike force of more than one hundred thousand combat ready troops and safely land them along with millions of tons of supplies and equipment on the continent of Europe under German noses. It would also require the most audacious deception scheme in the history of modern warfare. One that would be trans-Atlantic in scope with the FBI playing an important yet little known role. . . . . (read article)

This is my June 2019 article for the The Grapevine,  a publication of the Society of Former Special Agents of the FBI.