You are here: Home / Blog / A Morning to Remember 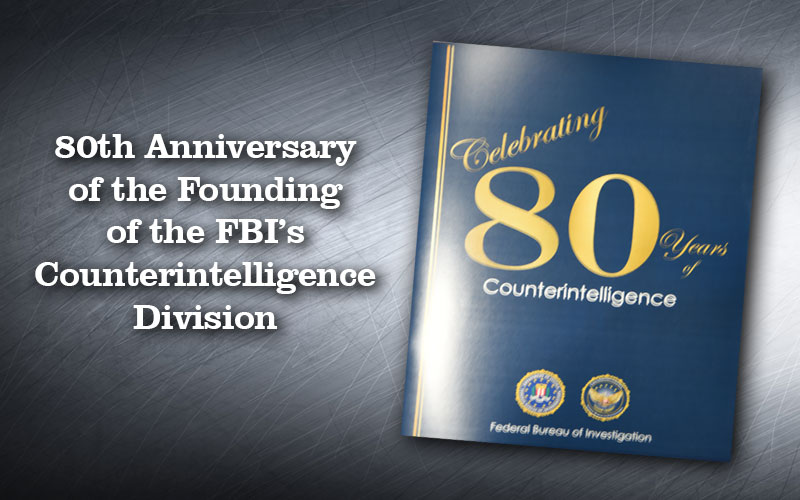 That morning, I served as one of the keynote speakers commemorating the eightieth anniversary of the founding of the FBI’s Counterintelligence Division.

The event was held in the Charles Bonaparte Auditorium at FBI headquarters in Washington. Having worked under the umbrella of the Division for most of my FBI career made it particularly poignant for me

My remarks took the audience back to November 1939 when J. Edgar Hoover created what was then called the “Intelligence Division.” I reminded everyone that at that time, the FBI like the rest of world faced an existential threat both from Germany, which had launched the Second World War just two month earlier with the invasion of Poland, and the Soviet Union which had signed a non-aggression treaty with Hitler the previous August.

We then walked through time touching on the formation of the Interdepartmental Intelligence Conference, genesis of today’s Intelligence Community, the FBI’s creation of the Plant Protection Program, forerunner of the modern Industrial Security Program, and the formation of the Special Intelligence Service in July 1940 to conduct espionage in Latin America. I concluded with a brief look at the work done by FBI agents in breaking the back of German espionage in the United States before Japan ushered America into the war with the attack on Pearl Harbor in December 1941.

I ended my thoughts with a reminder to all that “what is old is new and what is new is old.” Yes, the FBI Counterintelligence Division today faces major challenges. But in many ways, they are nothing different than those we have confronted in the eight decades since November 1939.

In the uncertain and unstable world in which we live today it serves as good reminder for all of us.

Attached are some photos of the morning’s events for your review.