You are here: Home / Blog / The Witness 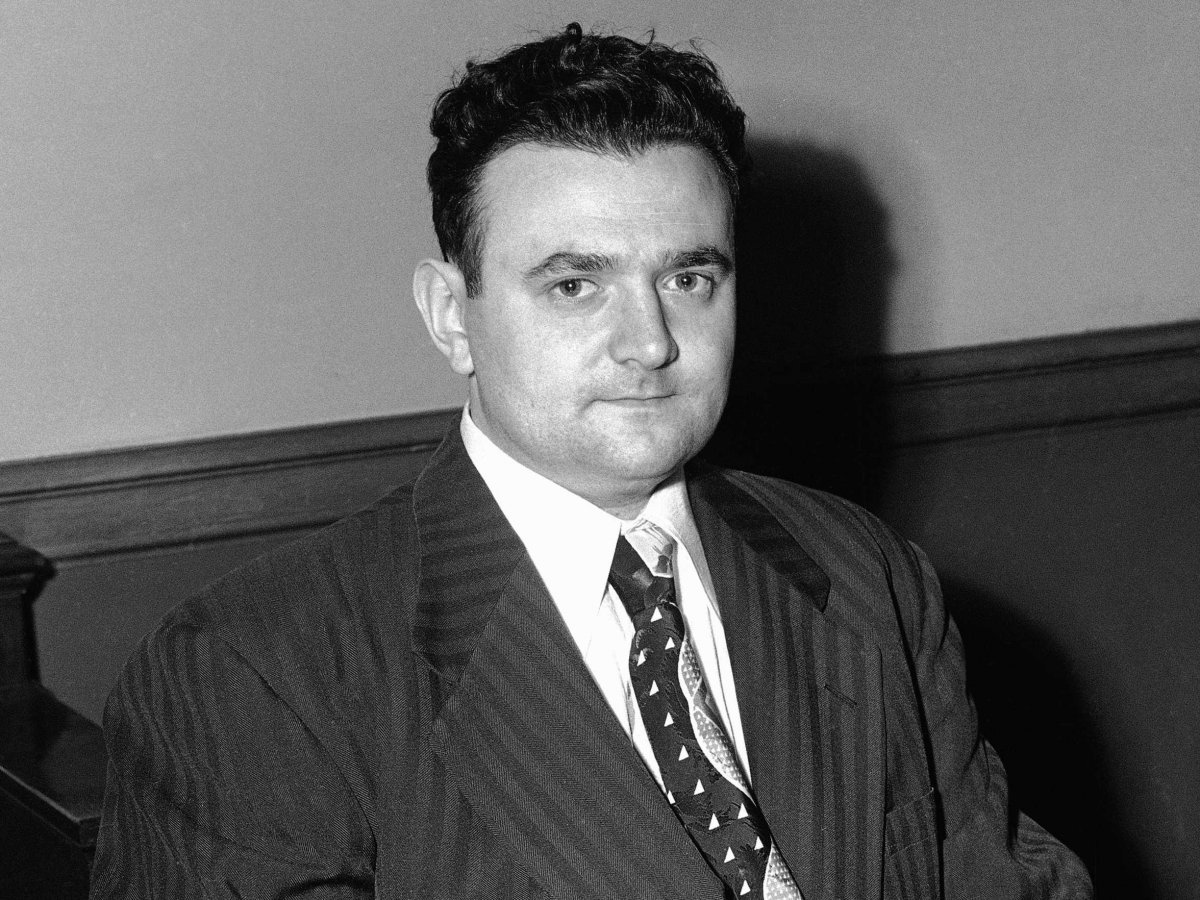 In his fiery summation to the jury the defense counsel accused the witness of a most vile form of treachery charging that “any man who will testify against his own flesh and blood, his own sister, is repulsive, is revolting.”

The chief prosecutor, in turn, calmly took an opposite view. The witness was a hero who courageously testified in a sincere attempt to “make amends for the hurt which has been done to the world.”

This could have been any one of countless jury appeals that have taken place since the founding of the country. This case, however, was very different. It remains one of the most controversial criminal trials in American history – still known today as the so-called “trial of the century”.

The drama unfolded in 1950 at the New York federal court house in Lower Manhattan.  Emanuel Block was the defense attorney, the prosecutor was US Attorney, Irving Saypol, and the defendants were the infamous atomic spies Julius Rosenberg and his wife, Ethel. The witness was Ethel’s brother, David Greenglass.

Greenglass was a twenty year old mechanic when he entered the world of Russian espionage. The event that triggered it was his marriage in November 1942 to his teenaged sweetheart, Ruth Printz.

A year later the Army drafted him as a lowly private. Following basic training he was inexplicably assigned to the “Manhattan Project,” codename for the top-secret Anglo-American effort to develop the world’s first atom bomb.

A few months later this New York kid, who had probably never strayed far from his Lower East Side neighborhood, found himself working in a machine shop thousands of miles from his local haunts at Los Alamos, New Mexico; the now famous desert site where the world’s greatest scientists were struggling to weaponize the atom.

There is an old Army joke about non-coms during the Second World War. At the start of the war the Army gave every draftee an eye exam. As the war ground on and the need for replacements accelerated medics simply confirmed that each G.I. had two eyes.

A desperate need for more and more troops led to Army failure. Had they done even a cursory background check, David would never have gotten anywhere near Los Alamos or any other atom bomb related site.

As a teenager Marxism/Leninism was already beginning to appeal to him. They may have learned that Ethel and Julius were zealously indoctrinating him into communism. A decent investigation may have surfaced his membership in the neighborhood Young Communist League starting at the age of sixteen.

By 1942 Julius and Ethel Rosenberg were completely immersed in Russian espionage. So it was only logical that Julius, seizing on his good fortune, pressured his bother-in-law to steal  Los Alamos’s closely guarded secrets for passage to the Russians. As time went on Julius urged David to remain at Los Alamos after the war to keep the flow of atomic secrets moving in Moscow’s direction.

Over the next two years David sent Julius a steady supply of rough sketches of blueprints together with the names of scientists and descriptions of devices that passed through his machine shop.

Ruth, who was witting of her husband’s spying and living in nearby Santa Fe, served as his cross-country courier. While on leave in New York he spent hours with Julius answering questions and filling in additional details for the Russians. Therein lies the backdrop for one of the most riveting stories of the early Cold War.

Today we know that the Rosenberg spy ring would have remained anonymous had it not been for “Venona”, the remarkable code-breaking effort started in 1943 by a small group of brilliant cryptanalysts working at the Army’s Signals Security Agency at Arlington Hall, Virginia. B

y 1948 they had broken into a number of previously impregnable one-time KGB and GRU cipher messages and working with the FBI they began linking hundreds of codenames with the true identities of American spies. The Russian codename for Julius was Antenna/Liberal, David was Kaliber and Ruth’s was Osa/Wasp.

By 1950 the FBI had built a strong case against David and Ruth and the Rosenbergs; one of the only prosecutable cases growing out of the Venona revelations. Two key pieces of evidence were David and Ruth themselves who confessed to their role along with details of Julius and Ethel’s participation.

For the government the real target was Julius. The FBI was certain that he was the link to the Russians and was operating a ring that was far larger than just David and Ruth.

The nature of the limited available facts, however, (Venona could not be divulged in court) forced the government to offer David a deal. Plead guilty to wartime espionage and go to prison thus avoiding a possible death sentence. In exchange the charges against his wife, Ruth, (they had two children) would be dropped and both David and Ruth would testify against his sister Ethel and Julius. David agreed.

The rest of the story is now seared into our nation’s history. Ruth and David’s testimony helped convict Julius and Ethel. After more than three years of unsuccessful appeals they were electrocuted in 1953 at New York’s Sing Sing prison. David was sentenced to fifteen years in prison.  Ruth went free.

On November 16, 1960, while most Americans were awakening to news of the sudden death of movie legend Clark Gable, Greenglass was quietly released from Lewisburg prison. That afternoon the Journal American newspaper trumpeted him as a “spy turned patriot” and a “brilliant physicist.” The man in the street response was less charitable. One passerby shouted to his cabbie to “drive him off the pier, right into the river, the dirty red rat. Drop dead you lousy communist. You sent your sister to the chair.” Days later David told a reporter that all he wanted was “to be forgotten.”

Freedom for the new parolee (his parole ended on October 5, 1965) offered no promise of a return to a normal life. Family and old friends and neighbors rejected him. Journalists eager for David’s story relentlessly turned over all sorts of rocks trying to learn his new identity.

In one of history’s odder twists the FBI, the same organization which had investigated Greenglass, extracted his confession, helped convict him and contributed to the strangeness of his later life actually became his protector of sorts.

For years Special Agent James Freaney of the New York Office served as his liaison with the FBI. In 2001 veteran New York Times reporter and author of The Brother, a monumental biography of David, described how the Bureau “paternalistically shielded” the Greenglass family for decades. Freaney discouraged nosy employers from asking too many questions, investigated suspicious characters lurking in their neighborhood and quietly worked with state and local officials when routine issues like driver’s license applications and forms for their school-age children threatened the family’s cover.

In the early 1970s J. Edgar Hoover personally intervened when a documentary producer unsuccessfully appealed to Department of Justice officials for access to David and his investigative files. Hoover urged denial of the request explaining that the FBI suggested the identity change at the time of the Rosenberg trial to halt the growing harassment of David and his family. The FBI “had built a close relationship” with the Greenglasses since that time, Hoover noted. Any access to the files or Greenglass “would violate the trust which exists between them and the FBI and would place information in the public domain which might cause them further untold difficulties.”

During one of his last interviews with David, Roberts asked him if he believed he was a traitor. “No never! Never!” The government over reacted to the threat of communism, he claimed, provoking an equally disproportionate response from Rosenberg defenders.

During some final questioning from Roberts David expressed some hope for his obituary: “I was a good father. “A good husband. A good son. A good brother. (Italics added) Born in a time which tore people’s souls.”